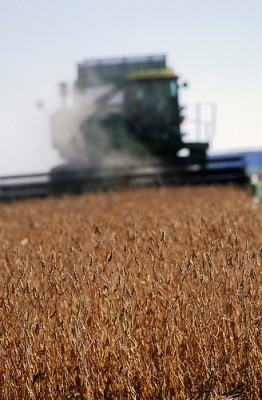 Promar has been providing weekly updates on China’s soybean market for the past 3 years. Over this summer, the focus of the weekly newsletters has been on how this year’s severe drought in the US, the most widespread drought in 56 years, has significantly reduced US soybean production, which in turn has driven up world soybean prices and has forced the Chinese government to release its own reserves to keep domestic soybean prices down.

Given that China is currently the world’s largest importer of US soybeans, the Chinese domestic market has been hit hard by the shortage of US supply. In order to meet demand, the China Grain Reserves Corp, the state stockpile agency, is currently offering 400,000 tons of soybeans from state reserves on a bi-weekly basis. During the last week of August, Chinese crushers bought approximately 400,000 tons of soybeans from the government, indicating that the domestic market continues to rely heavily on the government’s reserves.

China’s domestic production has its own issues as well. The acreage devoted to soybean planting is shrinking for the third consecutive year as increasing numbers of Chinese farmers shift production to corn – a comparatively more lucrative crop. Poor weather conditions and pest problems in key soy bean producing provinces such as Heilongjian, located at Northeastern China, have also negatively impacted the production yield.

Promar predicts the Chinese government’s fear of inflation stemming from the possibility of higher food prices will continue to force the Chinese government to auction off beans and deplete state inventories. It will be interesting to see how the dynamics of China’s soybean market unfolds in the upcoming months as China decides how to replenish its state soy reserves.