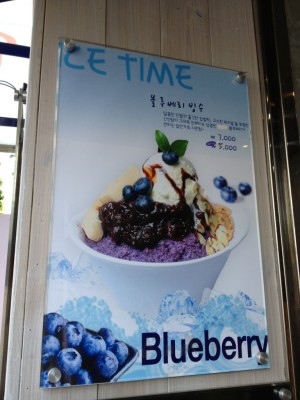 If you mention the trendy term “super fruit” in Korea, it is more than likely that “blueberry” will be the first word that pops up. Blueberries have become incredibly popular in South Korea for their health benefits in a very short time and can be considered a success story for blueberry suppliers, which are dominated by the US, Canada and Chile.

Blueberries began their growth only about 4 years ago, and they are still considered to be a fairly new product in the Korean fruit market. This so-called “blueberry boom” started in 2009 when a TV show featured the health benefit of blueberries, with emphasis on the positive effect of blueberries on vision. This TV show drew great attention from the public, and within a year, blueberry imports had increased over 6-fold. The blueberry demand has continued to grow and by 2012, imported frozen blueberries to South Korea were 10 times the volume they were in 2009.

As Promar learned in discussions with the Korean shopping channels, they have been able to enjoy strong sales of frozen blueberries by emphasizing the blueberries’ benefits for vision and their anti-aging effect due to the high level of antioxidant. Koreans, known for their healthy fermented “kimchi” pickles and ginseng, have always known to be health conscious, and for this reason, blueberries sales are forecast to continue its growth as more consumers become aware of the health benefits and continue to want blueberries for their smoothies and yogurts.

However booms come and go and it will be interesting to see where blueberries stand in the Korean market after another 4 years. Can they further extend their share, finding popular uses outside of smoothies and yogurt? Or will they be replaced by another health product boom?

Promar Consulting has extensive experience studying South Korean food, seafood and beverage markets. If you are interested in learning more, please contact us.