The following is the second in a series of brief updates Promar is providing to clients on the impact of the tsunami, earthquake, and nuclear crisis on Japan’s agriculture sector and food demand.  For questions and other inquiries, please contact Chisa Ogura at info@promarconsulting.com. Download here as PDFImpact of Japan’s Disasters: Volume2

MAFF AND TRANSPORT MINISTRY RELEASE LATEST DAMAGE ASSESSMENTS
Japan’s Ministry of Agriculture, Forestry, and Fisheries (MAFF) released its latest damage assessment on April 18th for prefectures directly affected by the earthquake, tsunami, and nuclear crisis, as well as for surrounding areas. These figures value the damage to agriculture in the region at 729 billion JPY ($8.8 billion) and damage to fisheries at 603 billion JPY ($7.3 billion). According to MAFF, roughly 23,600 ha of mainly-paddy farmland was flooded with seawater, rendering it temporarily infertile. Miyagi prefecture, which along with the other northern prefecture of Iwate, bore the brunt of the damage from the tsunami and 11% of its farmland was exposed to seawater.

At the same time, the Ministry of Land, Infrastructure, Transport, and Tourism also revealed an assessment of its own, estimating that the value of damaged roads, embankments, ports, and sewers at 1.2 trillion JPY ($14.5 billion), with 13,602 individual cases of damage. 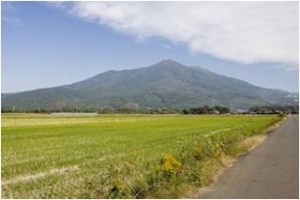 MAFF also recently revealed that the country would not meet its rice production target of 7.95 million tons this year, while noting that it holds around 1 million tons in reserves, reducing or eliminating the need for imports to fill the supply gap. Initially, it was believed that the target could be met by sowing land that was otherwise slated to remain unplanted under the government scheme to reduce rice acreage. But this has proven more difficult than first expected, according to MAFF.

Looking ahead, while MAFF reports that it has developed a plan to return flooded land to production by subsidizing 90% of the costs, it is difficult to know at present how long this will take as the scale of flooding is unprecedented. Back in 1999, when parts of Kumamoto were flooded with seawater by a severe typhoon, six months were needed to remove the salt from 780 ha of land, according to an April 5th report from local language press. Considering that the flooded area this time is some 30 times larger, it could take years to bring the farmland back into production.

FISHERIES RECOVERY BEGINS, TRADED SEAFOOD VOLUMES BACK TO PRE-QUAKE LEVEL AT TSUKIJI
In the fisheries sector, which has arguably suffered the greatest damage to production capacity, there are signs that a gradual recovery is underway. Seafood markets in Miyako City in Iwate and Shiogama City in Miyagi prefecture, two of the hardest hit cities, resumed operations in mid-April by conducting trading in unaffected sections of the market. The fisheries cooperatives, for their part, have begun collecting and repairing damaged fishing vessels, while program for “boat-sharing” has been implemented in Iwate prefecture so that functioning boats are put to full use.

The seafood trade, too, is returning to normal, with volumes back at pre-quake levels at Tsukiji, Tokyo’s central wholesale market. Trade in fresh mackerel, for example, which saw a rapid drop in supply and resultant spike in price in the days following the quake, is now being traded at seasonal averages.

Still, the sector is not without problems. After high levels of radiation were found in several samples of konago fish (sandlance) caught off the coast of Ibaraki prefecture on April 4th, the main fisheries cooperatives there were forced to halt operations as rumors spread that other species were also unsafe. Some boats have since resumed fishing, but the prices offered for seafood caught in the waters around Ibaraki and neighboring-prefecture Chiba have both seen dramatic falls.

RADIATION CONCERNS LEAD TO BANS IN JAPAN AND ABROAD
Concerns about radiation levels are affecting more than just seafood. The situation in Fukushima has led to a domestic ban on shipments of vegetables and milk not only from that prefecture, but also from the surrounding prefectures of Tochigi, Ibaraki, and Chiba. Internationally, as of the end of March more than 50 countries have restricted to a certain degree imports from Japan. China, one of Japan’s largest markets for agriculture and food exports, has completely banned imports from 12 prefectures, including Tokyo.

Despite the domestic ban, shortages in Tokyo of water, milk, and several other key food products have eased to some extent in the past few weeks. Food manufacturers have resumed production following the cessation of planned rolling blackouts and retailers have increased imports of food and beverages, particularly water. TEPCO has announced that “in principle” there will be no more planned blackouts unless an emergency (natural disaster, trouble in the facilities) occurs. Previously, the government asked heavy users to reduce energy usage by 25% compared to summer 2010, but this figure is likely to be reduced as TEPCO is making efforts to rehabilitate other affected energy plants.

Still, a lack of packaging products is inhibiting a full recovery for the sector.

PRELIMINARY TRADE NUMBERS FOR MARCH SHOW MEAT AND PRODUCE IMPORTS UP YOY
The Ministry of Finance has released preliminary data for March that showed increased imports of meat, vegetables, and fruits compared to the same month last year. In volume terms, meat imports were up 9.6% over 2010, while fruits and vegetables were up 11.2% and 24.7%, respectively. All three were substantially above the monthly average for the past five years.

There were, however, significant declines in other product categories. The largest drop among these was seen in grains, imports of which were down 16.6% from March 2010 and were 10% below the average monthly total for the preceding five years. Soybean imports were 9.1% lower than last March and substantially lower than the five-year average, although March bean imports have been shrinking over the past three years. Finally, seafood volumes fell 5.7% from March last year and were nearly 8% off the average.

Considering the timing of the earthquake and shipping time for Japan’s major suppliers, it is hard to read much into the March figures. Grain shipments were affected by infrastructure problems, leading shipments to be diverted to other countries and causing Japan’s imports to fall for the month. The fall in soybeans can likely to be attributed to this factor, as well. The earthquake and tsunami probably contributed to at least part of the decline in seafood volumes, but not all of it, in Promar’s view.

We do believe, however, that the rise in fruits and vegetable imports was a clear result of the earthquake and tsunami. Reports out of China say that frozen vegetable companies, for one, ramped up production by as much as 30% to keep pace with the extra demand from Japan, while sources in Hong Kong cited increased exports of fruits and vegetables to Japan from Shandong and Hainan provinces as a cause of the upturn in local produce prices.