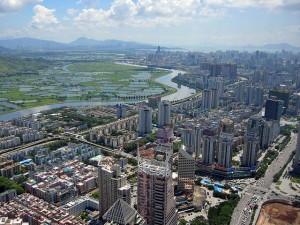 China’s so-called Second Tier Cities (STC) have been an increasingly hot topic for exporters interested in China’s mainland market beyond the three megacities: Beijing, Shanghai, and Guangzhou. This is not surprising, considering the fierce domestic and international competition and market saturation that is going on the China’s Big Three. For a foreign food company, however, determining which other Chinese cities to target can seem a daunting task, especially considering there are over 200 cities with populations exceeding 1.0 million people. And, while the overall market is growing at 10% per year, some of China’s Second Tier Cities are expanding their import consumption at 20-40% annually. Although more than 50 Second Tier Cities-related reports have been published by various organizations, including USDA, there has yet to be a report which focuses specifically on assessing the best Chinese Second Tier markets for future imported food products.
Recognizing that there was a need to examine China’s top Second Tier Cities, specifically regarding their future potential for imported food product, Promar has been developing a multi-client report that ranks China’s top 25 Second Tier Cities based on their propensity to increase purchases of foreign food products. To evaluate the STCs,  specific criteria and a system of weighing the values associated with these criteria was developed, based on our own extensive experience in China and the Chinese food industry. This report, which will be released shortly, will be called 2011: China’s Best City Opportunities for Foreign Food Markets.
Our ranking model has shown that China’s Second Tier Cities are very attractive markets and, for some criteria being evaluated, they have even more potential than the Big Three. For example:

For more information on Promar’s Second Tier Cities 2011 report or any inquiries you may have on researching the Chinese market please email inquiry@promarconsulting.com