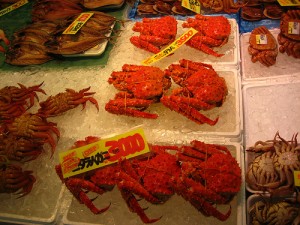 One of Promar’s most recent seafood projects was an investigation on the Japanese Red King Crab market. Often called “The King of Crabs” in Japan, because of its large size, colorful appearance and high price, Red King Crab is consumed during the months around New Year’s when festive food is a must and Japanese consumers tend to spend more on luxurious and expensive food products.

Japan has no production of Red King Crab and the market is supplied by imported products. In 2009, the Japanese market totaled more than 15,000 MT. The second largest market in the world is the USA.