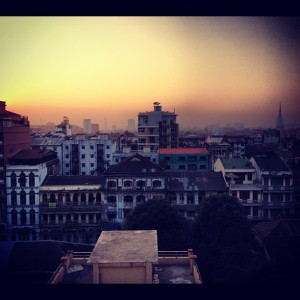 Until just a few months ago, buying a Coke in Myanmar meant purchasing a can that was smuggled in from Thailand. However, this is all changing as global food and beverage companies are now some of the most aggressive investors in Asia’s last frontier market.

Following the 2010 elections, a new government headed by Thein Sein began various political and economic transformations which opened the country to the world and stimulated significant economic changes in Myanmar. This paved the way for large investments in Myanmar’s beverage market from companies like Coke, Pepsi, Heineken, Carlsberg and Unilever. Nevertheless, while investors are excited about the prospects of Myanmar’s increasingly liberalized market with its potential for growth, committing capital to Myanmar is not an easy thing to do.

In addition to continuous challenges pertaining to  Myanmar’s economy and infrastructure, one of the biggest hurdles faced by global companies entering Myanmar is the lack of transparency in the business sphere. Successful market entry – even for giants like Coke and Pepsi – requires working with a local company. And while there are many strong Myanmar companies which can provide foreign investors with access to knowledge and know-how of the local market, these partnerships come at the price of having to work with opaque companies, many of which are still linked in some way to the economic arm of Myanmar’s Ministry of Defense.

The business challenges are indeed significant in Myanmar, but so are the opportunities. Myanmar’s economy has the potential to quadruple its current levels and surpass 200 billion USD over the next 20 years. Myanmar’s consumer class is expected to grow rapidly from its current levels of around 4 million to reach 20 million in 2030, with spending expected to jump from 35 to 100 billion USD over the same period. Moreover, in addition to being the 5th largest country in Southeast Asia with a population of close to 65 million, Myanmar is wedged between the world’s two most populous countries, China and India, placing it in a vital geographic position amid Asia’s emerging consumer hubs.

Myanmar has a bright future, and as communicated to Promar consultants by the CEO of one of Myanmar’s dominant food companies, “Investors and companies are going to be here sooner or later, so why not come here first and prime the market?”

While the reemergence of Myanmar into the global economy does warrant optimism, it is still a place of many unknowns. Is the country really stable? Some would say yes, as the country takes major steps away from a military dictatorship towards a more open political system. These optimistic feelings can be confirmed by the buzz on the city streets and in the tea shops of Yangon where people talk with great enthusiasm about the future and profess the impossibility of going back to the “old ways”. However, internal destabilizing factors like ongoing deadly clashes between Myanmar’s Buddhist majority and Muslim minority, and the fact that Myanmar’s military past is still very present and interwoven into the fabric of the country’s political and business realms are an ongoing issue to monitor.

How soon can Myanmar’s business sector escape from the shadows of the country’s military past and reach its potential as a transparent partner of global food and beverage companies? It is a transformation we will be watching carefully.

Promar Consulting has done numerous projects investigating various agriculture, food and beverage markets in Southeast Asia. If you are interested in learning more, please contact us.